What it does
Discomfort will affect your sim's mood in new ways. Small amounts of discomfort can make your sim more susceptible to other negative thoughts, tipping them over into being overcome with anger, tension, or sadness. But when it's appropriate, the 'uncomfortable' mood can still take centre stage and make your sim feel awful.

It can help your sims feel a little more human, and allow them to experience a wider range of emotions.

Passive Discomfort: The score of changing uncomfortable moodlets is added to the largest negative emotion when determining what dominant mood to put the sim in, but NOT when determining what intensity level of that mood to put them in. A bunch of uncomfortable moodlets can flip a sim from feeling 'happy' to feeling 'sad', but they cannot boost a sim from feeling 'sad' to 'very sad'. This allows the base game's balance between mood intensities to be maintained, and means emotional deaths remain rare.

Support and updates
If you like my mods, I have a patreon where you can support me in making more of them and keeping them up to date with patches.

Extract the contents of the zip file into your 'Documents/Electronic Arts/The Sims 4/Mods' folder. 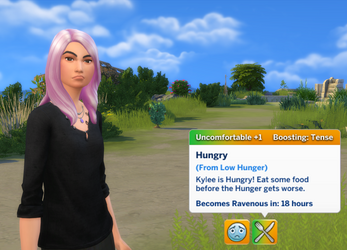 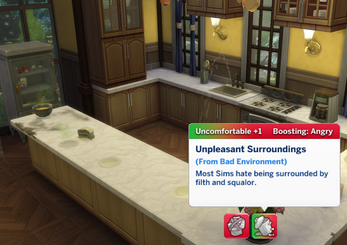 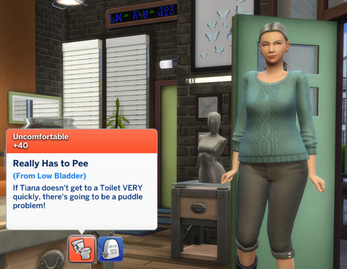